In this interview you will read what it's like for Julia to keep pushing through CF to reach her goals.  I like to say in my life that CF is a long for the ride.  I think that Julia is taking CF for quit a ride.  Once you read her interview you will see the true determination she has for reaching her dreams and goals.

This interview should give a lot of HOPE for the younger CFers out there as well as parents to CFers.  Julia is defying the odds every day chasing her dreams and passions.  If you are a parent to a CFer or a younger CFer yourself, always shoot for the stars because honestly the sky is the limit.  No one can ever tell you that you cannot accomplish your dreams.  If you dream of singing, acting, modeling, and even competing for Miss America go for it.  Julia is on a mission and she is not letting CF stand her in her way.

GOOD LUCK Julia as you compete May 24, 2014 to be crowned Miss New York and move on to Miss. America!! You have already made all of us proud!! 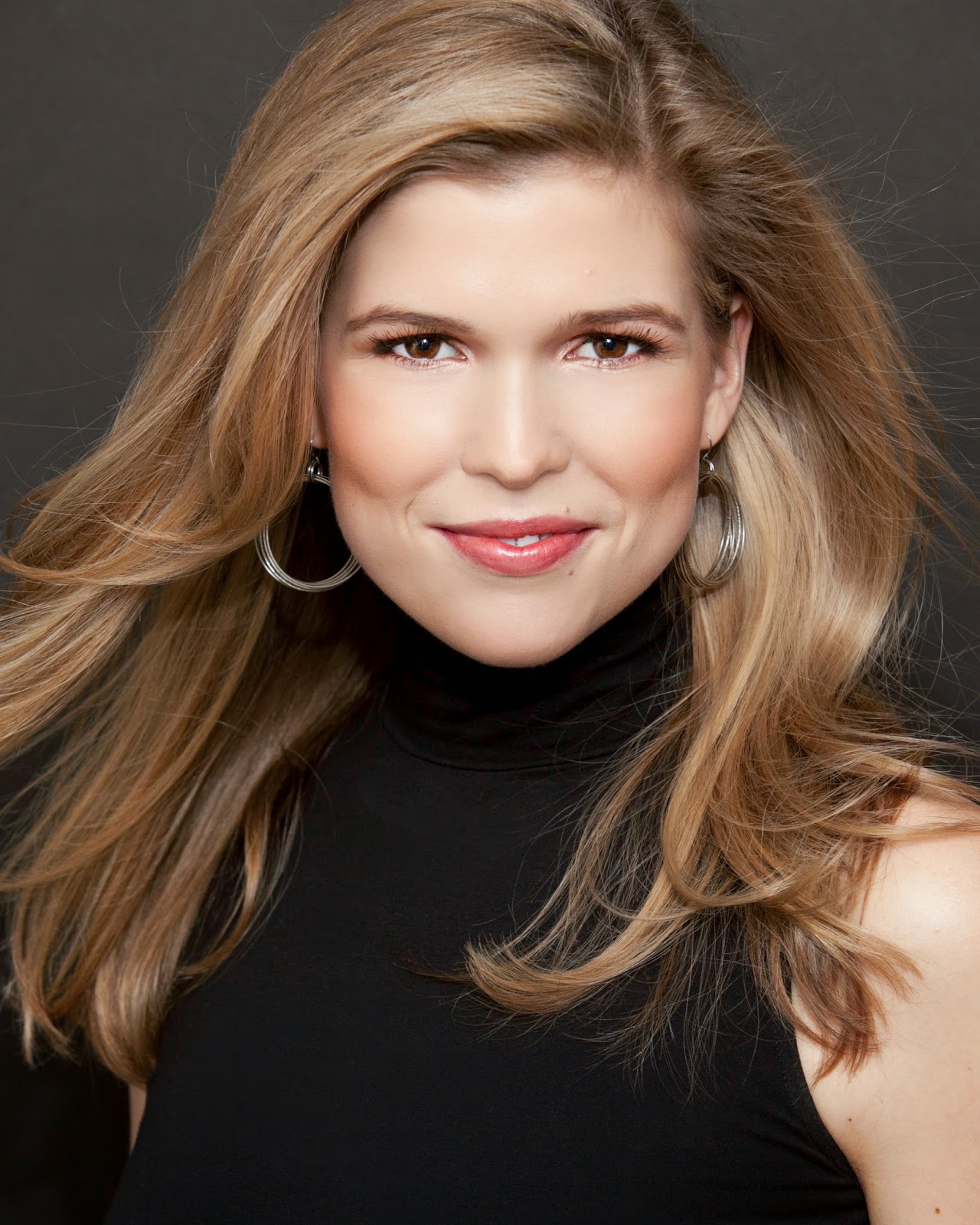 Please share your cystic fibrosis diagnosis (Include age, how you felt at the time of diagnosis, how was life before and after diagnosis)?

I was diagnosed with cystic fibrosis before I was born. I have never known a life without this chronic lung disease which has its advantages — doing nebulizers and pulmonary treatments are as second nature to me as brushing my teeth!

As you mentioned your brother also battles cystic fibrosis. What have you learned from having a sibling battle the same disease?

Sharing the battle with my sibling makes CF feel less daunting.  My older brother, Will, was diagnosed before me, so growing up with cystic fibrosis felt normal because I had an awesome built-in breathing treatment buddy! 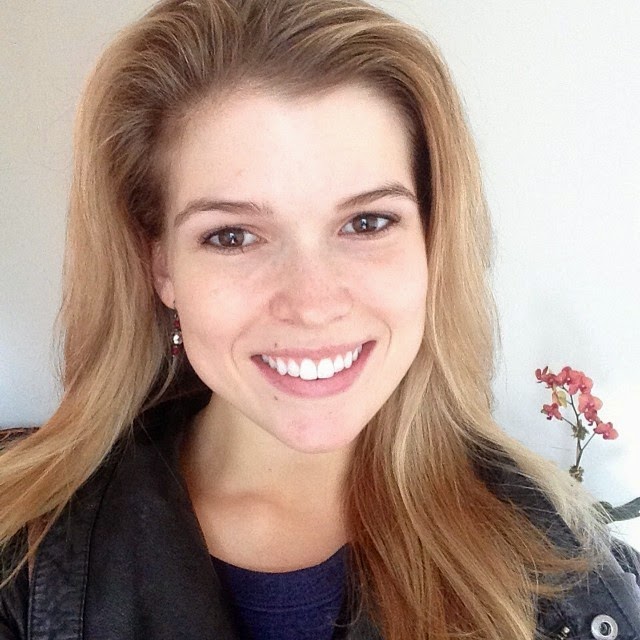 We all know that cross contamination is a big deal when it comes to CF, well at least according to the cystic fibrosis foundation.  What are your thoughts on the new CFF policy?   Is there anything you do to help avoid passing bacteria back and forth with your brother?

As heartbreaking as the new CFF policy is to abide by, I think it is so important in the interest of the entire CF community to follow these guidelines.  We have to protect each other.  My brother and I take precautions when necessary which is difficult because we are incredibly close.

What has been the biggest challenge for you dealing with cystic fibrosis?

I think the biggest challenge has been experiencing setbacks in the midst of chasing my dreams.  I was hospitalized twice in 2010, at the same time I had a unique opportunity to record music – it was a dream come true for me and the timing couldn’t have been worse.  I remember feeling crushed and so disappointed and I had to find a way to accept that this is a part of my life and that there would be better days ahead. 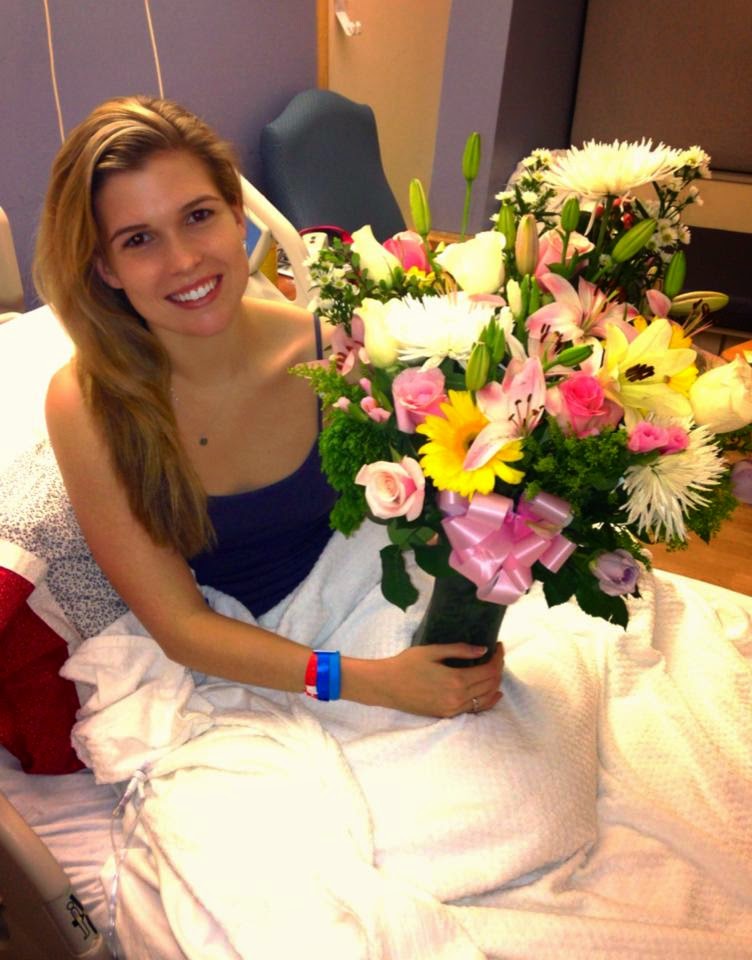 Please share with us any triumphs you have accomplished in the face of cystic fibrosis?

Though CF does interrupt my life, and though it may require a detour now and then, I have made a conscious decision to not let it change my dreams.  Performing, whether singing, acting or modeling, has been my passion for as long as I can remember.  Though I have had to make accommodations for living with a chronic illness, I have performed in front of thousands of people in baseball stadiums and Las Vegas arenas.  I became Miss Pennsylvania’s Outstanding Teen 2008 and was 1st Runner-Up to Miss America’s Outstanding 2009. I was crowned Miss Metropolitan in February and I will compete for Miss New York on May 24th in hopes of walking across the Miss America stage. 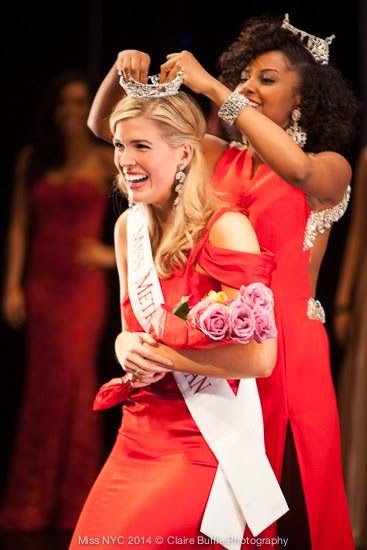 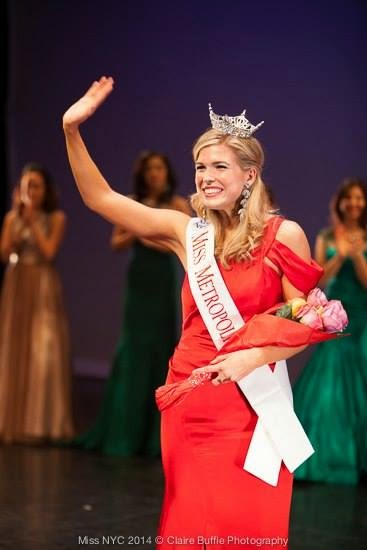 Please share with us your non profit you created.  What is the mission & vision and why did you decide to create it?

I struggled with speaking publicly about cystic fibrosis until I was 16 years old.  At that age, I wanted to find a way to combine my love of performing and my desire to help others fighting CF so I decided to start singing at the top of my lungs for a cure.  My mission with Singing at the Top of My Lungs is to raise awareness and funds for research as well as funds to support important, underfunded hospital programs like Child Life and Music Therapy. 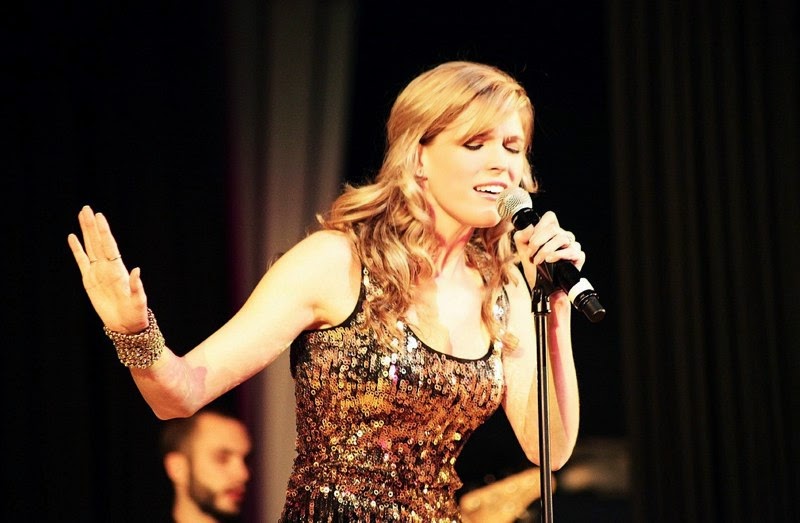 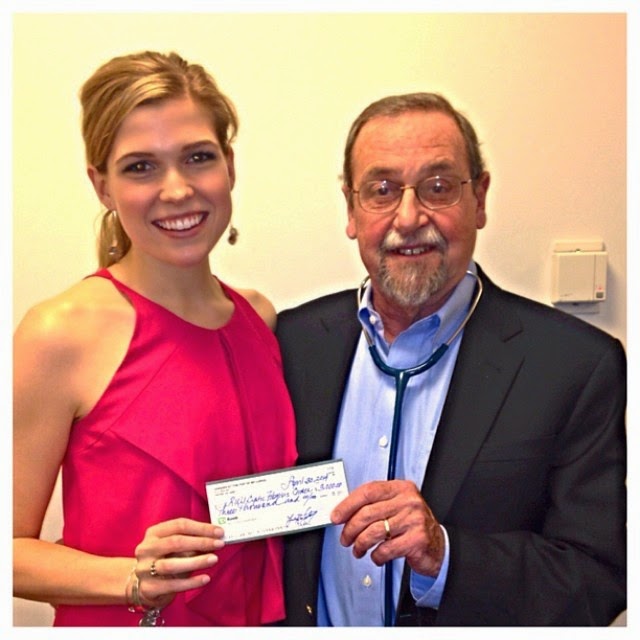 Since we know you are a singer, model, and actress how difficult has it been to keep up with all your passions while battling CF?

CF has reared its ugly little head several times that directly conflicted with performance opportunities.  The emotional burden of those instances has been far heavier than the physical.  This past November would have been my 6th consecutive year performing in the ABC Thanksgiving Day Parade in Philadelphia but my lungs had other plans for me on that holiday. You learn to pick yourself up and dust yourself off at an early age when you face a chronic illness.  Of course my ability to do so is thanks to the support and love from my family and my Child Life specialists. 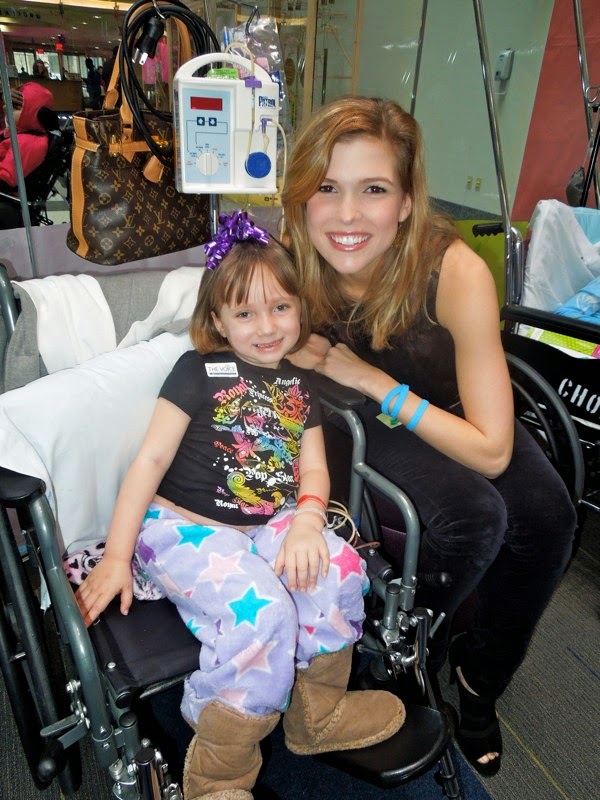 Were there things you wished your parents did differently as you grew up with cystic fibrosis  (Example: more freedom to be in charge of your treatment, speaking at doctor visits,  life pre diagnosis/post diagnosis, not allowing you to do certain things because of CF)?

My parents could and probably should write a handbook on parenting children with chronic illness. They are my heroes.  By far my favorite thing that my parents did was enforce the “no TV or video game unless someone is doing therapy rule.”  :)  This rule applied even to James, my oldest brother who does not have CF.  He was always begging Will and me to get our treatments done so we could play Mario Kart together. It was an awesome incentive all around and limited our tube time! My parents also made sure Will and I both always felt in control of our cystic fibrosis and our care. My mother is a rockstar in her own right in the healthcare world - since our diagnoses she has devoted her life’s work to teaching the value of patient and family centered care.

Can you describe what it was like in the early days of CF and where we are now and where you think CF is going?

I remember the days before the Vest machine.  My Mom used to do manual chest PT to cassette tapes of our favorite childhood songs!! I have a portable nebulizer that is quite literally my lifesaver! I am able to keep up with my busy schedule thanks to advancements like this.  With the success of Kalydeco, it always excites me to think that the end is fast approaching for the CF regime that these generations have known! 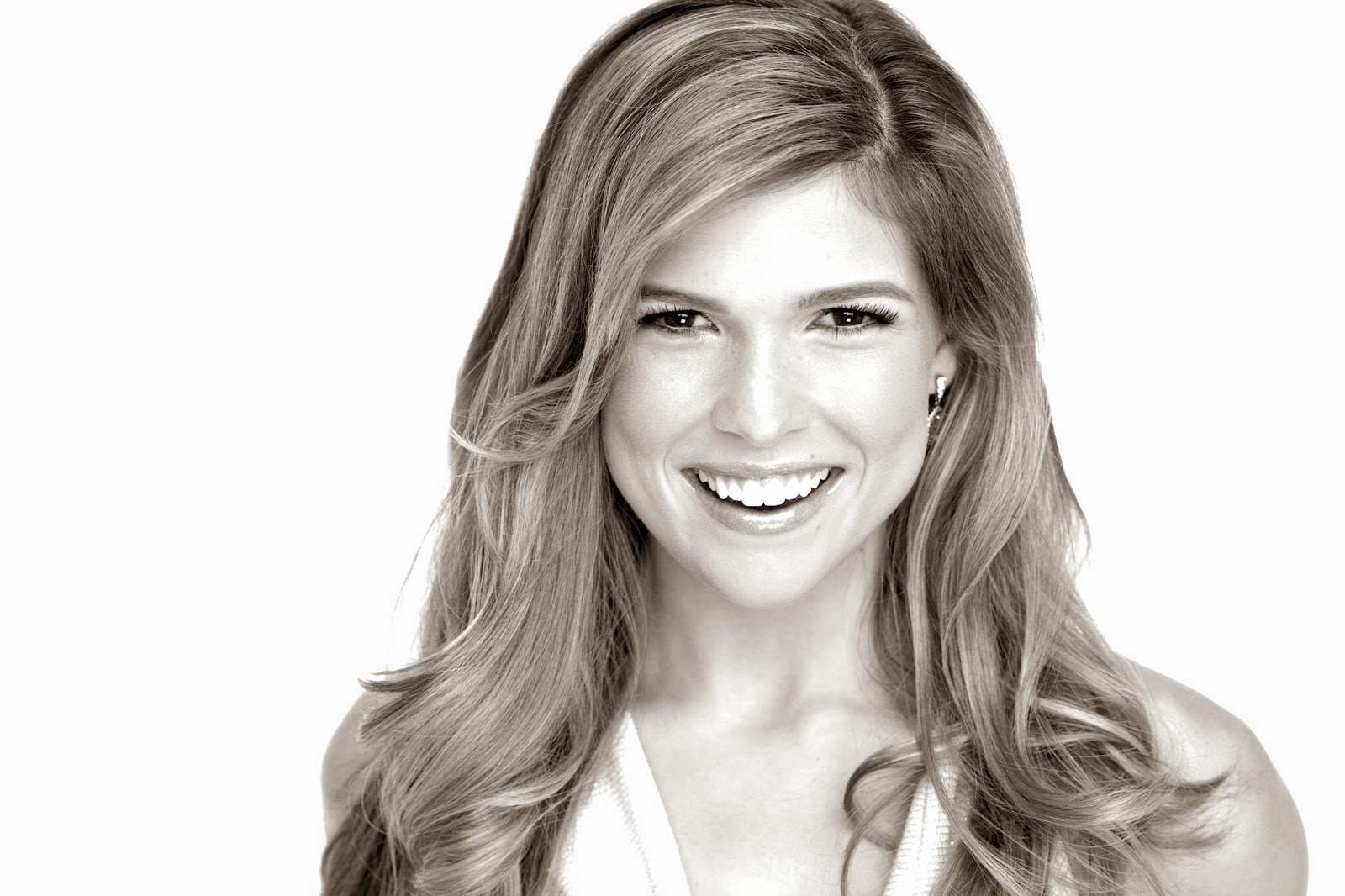 This question floats around a lot.  If you could be born without cystic fibrosis would you? What has CF taught you?

It’s a tough question, too. Of course, given the chance I would remove the heartbreak and the pain that CF has caused me and my family.  But, living with CF has given me a perspective on life that I would never want to give up.  CF has taught me how to be resilient and to appreciate that everyone is facing their own battle.

I am still figuring this one out for myself so I feel like I am not the best equipped to dole out advice :)  - but I am a big believer that honesty is the best – the challenge is the timing of when and how to share this personal information.  My only advice would be to be true to your own instincts – that I have found has been my best guide. 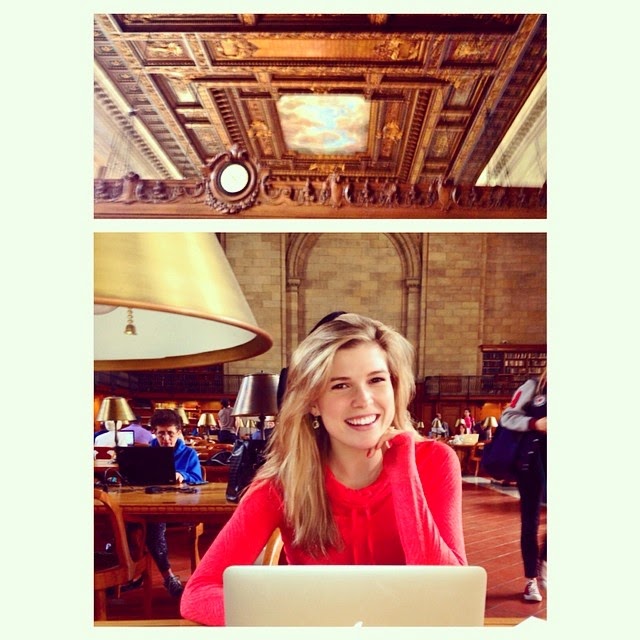 Though the path seems overwhelming right now, there is so much hope for cystic fibrosis patients today. Not only is the CF Foundation adding tomorrows for all of us, they are adding quality to our todays. And thanks to the world of social media you now have access to a strong cystic fibrosis community…you and your child are not alone in this fight.

What advice would you give anyone who is battling cystic fibrosis today?

Is there anything else you would like to share with us (hobbies, other CF topics I did not cover)?

Would love to hear from you…reach out to me on my social media:
http://juliaraeblog.wordpress.com 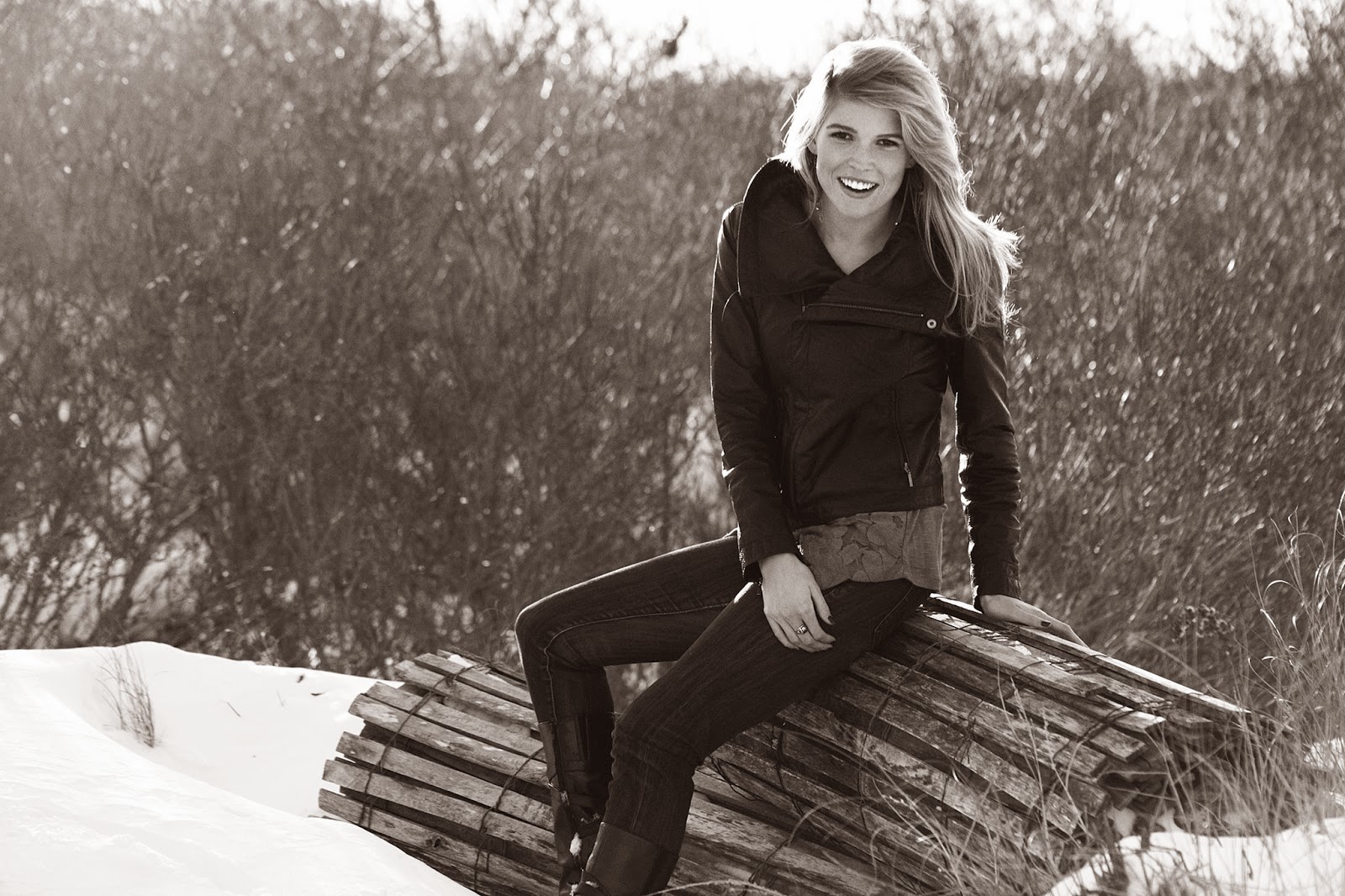 Julia just has one wonderful perspective on LIFE!! The hardest setback of not having the opportunity to record your music in 2010 because of CF has taught you about life.  Sometimes it's choices like going into the hospital and putting your life on hold that are the best decisions.  Who knows where you might be Julia if you didn't make the hard decisions of putting your health before your dreams.  I know you are thankful you put your health first so you could follow your dreams today competing for Miss. New York!

There needs to be more people like you Julia who are willing to speak out about cystic fibrosis whether that is through their own talents such as singing or even just talking with your neighbors. I have said many a times, the more people who know about CF the more likely one day we will see a cure for this disease.   If we all could find a way to help others who are going through the same struggles the CF community would be just that much stronger.

As Julia mentioned, when a parent empowers their child to be compliant with their CF care it pays dividends for the child.  It gives you a sense of fulfillment and allows you to feel in control of your CF care.  As I tell many parents to CFers they are the ones who are setting the foundation for their children for years to come! It seems like Julia hit the parent lottery and sibling lottery!!

Julia is just full of wonderful advice and perspectives.  I really like what you had to say about going after your dreams! "Go after your dreams full force and don't let the definition of cystic fibrosis define your life!"  Well looks like you are a great example of that quote Julia!

I wish you all the best this coming weekend as you battle to be crowned Miss. New York!!

For more interviews with members of the CF community click here.

John
Hello welcome to my blog! A little about me I am 27 years old and living my dreams with CF. I am married to the most amazing and beautiful woman on this planet! We are expecting our first child in October and IT'S A GIRL! We could not be more excited as this was a very long journey to get pregnant through IVF! Through this blog I will share my life with CF, our pregnancy journery, and other ramblings that I have on my mind. Thanks for stopping by!

To be a part of our journey I invite you to follow our blog!!!

Thanks For Visiting! Here is Where Everyone Is From

Welcome to my site!